“We the members, would like to acknowledge the Yaitmathang, Wolgal, Waradgery and Ngarigo people who are the Traditional Custodians of this Land, of Elders past and present, on which our Lodge now stands.”

The area known as Thredbo Village had been used by early graziers when, in 1955, a Czech by the name of Tony Sponar, working as a hydrographer for the Snowy Mountains Authority, realised the great potential of the area as a ski resort. Sponar had been a ski instructor at St Anton, Austria, from 1941 to 1948 and saw Thredbo developing with the same atmosphere as at St Anton.
In May 1955, the Kosciusko chairlift and Thredbo Hotel Syndicate was formed and subsequently acquired a lease from the state government with the idea of developing a year-round resort. The initiating directors were Tony Sponar, Charles Anton, Eric Nicholls and Geoffrey Hughes.

The central ‘Roundhouse’ building was originally designed by Sir Roy Grounds, the prominent Australian architect and business partner of renowned architect Robyn Boyd, for brothers Hugh & Norman Wettenhall, and the McKinnon family. Building took place from 1957 to the summer of 1959-60. The club was named “Currawong” after the local birds in the area, but was known as the ‘Round House’ by locals.

In 1984 the club carried out major extensions and renovations to the existing building. The building undergoes regular ongoing maintenance. 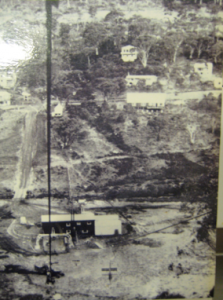 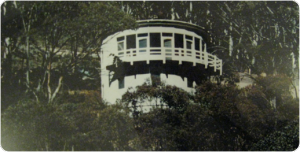